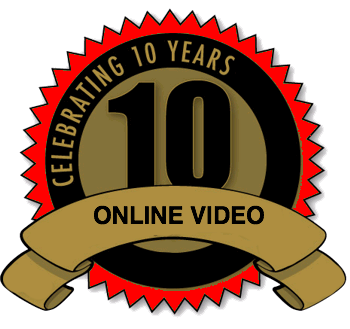 Aside from a few notable uses of video by the likes of jennicam, Justin Hall and the archive.org, you could play around with video online, but for the first half of the decade, the audience wasn’t there. As war often begets technology, US political campaigns often begets online trends and with the 2004 presidential election, Howard Dean’s campaign took the online world by storm not just by chatter, but because micro donations became significant and challenged traditional means of hitting up only the established elite.

Coinciding with the election of 2004 was the prevalence of broadband speeds, and with half of American homes reaching better than dial-up transfer rates, along with all the noise created by the blogs and pundits of the internet, an audience was born, capable and accustomed to online payments (i.e. market potential) and finally able to watch video, on demand by the masses.

However, this perfect storm would not occur until nearly the end of the election and 2004 can be seen as the end of flash animations and the begging of online video. It was really this year, in 2004, that online video would be born. The difference is only in frames per second. The star of the 2004 election was Jib-Jab which made fun flash animations at just a few frames per second, after loading. With broadband speeds, the world moved on to 15 full color frames per second. Any less than 15 frames (13 or 12 frames for example) can be detected by most people as frames of consecutive images, like a flip book. 15 is a magic number of frames that allows almost all humans to see a video as fluid.

+ The first organized group of online video enthusiasts congealed throughout 2004 and solidified in the beginning of 2005 with a conference called Vloggercon. This group was identified as vloggers and videobloggers and toiled over the technical methods of serving video online, naming conventions, the philosophy of, production methods, etc.

+ On May 7th, a group associated with Al Queda released the Nick Berg beheading video which was readily passed around on blogs and was seen by many people who had never seen, and would of preferred to never see anything so intense. This kind of content previously had no outlet as it would not be shown on TV.

+ Rocketboom launched in October and is still running, considered by many to be the first online daily news show and the longest running online video show to date. (Im obviously biased for including this as important)

+ In December Numa Numa was released onto the website Newgrounds which was a turning point for another kind of video that previously had no outlet. People were charmed after watching it’s down-home sincerity and many were compelled to create their own video responses.

+ The Asian Tsunami that hit at the end of 2004 surfaced several amateur videos several days later and they would go on to be talked about and heavily viewed in January of 2005. This signified to people from all over the world who went online to watch the videos that we had entered into an age similar to the one digital cameras had recently transitioned into as now phone video and consumer video cameras had become pervasive. This content is yet another style of content that was too poor and too difficult to get copyright clearance to run on TV, yet was probably the most watched set of video online up to this time.

+ 2005 was also the year of the video aggregator. FireAnt.tv was the first RSS based media player optimized for download and viewing of online videos. Followed by Miro (then DTV) and a million more which were previously working on audio podcasting.

+ In April the first video is posted to YouTube. Along with Blip.tv which launched a month later in May, the two hosts are largely responsible for providing the only feasible hosting solution as most online hosts regularly charged  $.50 cents per gigabyte of video transfered. Because Blip and YouTube would provide free hosting, it set the stage for the democratization of online video to truly occur so that anyone could participate freely.

+ By the end of June, Apple launched a video podcasting aggregator in iTunes which would essentially wipe out all the other aggregators.

+ In October Apple releases the Video iPod and thus ushers in an era of portable video content, including popular, contemporary TV shows and movies, on demand via iTunes.

+ Throughout the year, a major shift would occur from file downloads like .mov and .wmv to connected flash player views with the rise in popularity of YouTube.

+ In June, lonelygirl15 launches on YouTube and becomes an international sensation due to the uncertainty of it’s reality.

+ In September, Revision3 and Podtec rolled out multiple independent shows as the first new independent networks to obtain venture capital, hoping to become a new form of ABC or CBS for the web. Next New Networks would announce funding a few months later.

+ Google buys YouTube in October for $1.65 billion which is essentially the biggest moment of online video of the decade.

+ Politicians would embrace video to get out their messages, each creating a videoblog. John Edwards was the first, announcing his run for President on YouTube before TV (I was going to say spare the jokes, but why not, go nuts)

+ Sites like Metacafe, Dailymotion and Veoh would all fight for their lives as YouTube would dominate the market.

+ Political Mashups would take the form of actual video, often from video found on TV and around the net of the actual politicians and their respective clans of extremist supporters.

+ On March 19th Justin Kan launched Justin.tv by announcing he would wear his camera and stream his life 24/7. This essentially launches a new era in online live broadcasting. Ustream also launched in March. Livestream is another popular one currently.

+ In June, It’s Jerry Time won an Emmy Award, the first ever for an online series.

+ In November, Marshall Herskovitz launched Quarterlife on Myspace as an independent online production which was the first time a major Hollywood talent had taken to a web-specific series. By almost all accounts the series failed for not being in touch with the online culture it was targeting.

+ From the end of 2007 until the beginning of 2008, the Hollywood writers strike brought the internet to Hollywood’s attention as union talent found themselves unable legally to work anywhere else.

+ Coming out of the writers strike, Dr. Horrible’s Sing Along Blog would go on to become a big hit online due in part to it’s creator Joss Whedon having already built a significant online following.

+ In March, The Streamy Awards honored online web series from 2008. The Streamy’s somewhat replaced the Vloggies in spirit.